Movie Review of The East 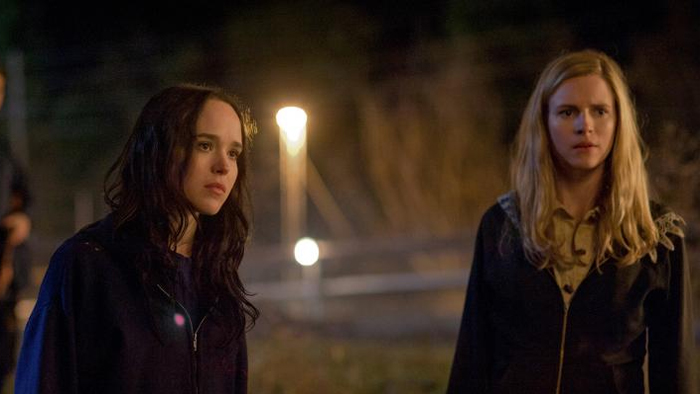 Movie Review of The East

Fox Searchlight Pictures’ new movie, The East, is one tremendous show. From beginning to end, the storyline will draw viewers in, seize them, and eventually release them with a sense of longing for more. The East is about an eco-terrorist cell that is run by men and women that have been wronged by various corporations. Either their family has been impacted or they have been damaged in some physiological or psychological way by corporate leaders. This cell, self-identified as “The East,” is dedicated to wreaking havoc on those corporate leaders whom they believe to be the perpetrators of suffering on people worldwide. Apparently, mixing together a sort of thirst for revenge crusading and Marxism with a splash of irony, yields dividends for these lawbreaking eco-terrorists. It is only when new security operative Sara (Brit Marling) infiltrates their organization that viewers are provided with an intimate look into the lives and personalities of their rank and file.

Sarah (Marling) is a tyro in the security business but Sharon (Patricia Clarkson) immediately recognizes her potential. Sarah is young, demure, and she is quite a convincing thespian when necessary. Whether she has been recruited by The East or whether she has infiltrated their ranks however is the real question. Surely, it cannot be as simple as walking into their midst and becoming an eco-terrorist without significant vetting? The leader of The East is Benji (Alexander Skarsgård). Benji has honey on his lips and pure, unadulterated murder in his heart. There is an immediate spark between Sarah and our dear cult leader but one has to wonder just what is real and what is feigned for the sake of the jams (the eco-war games).

Writer/director Zal Batmanglij is a master of stage direction. The retaliative measures that The East takes are sickening. They poison antibiotic profiteers with their own medicine. They throw corporate leaders into their own pollution-ridden waters that they bribed investigators to certify as clean. They even have begun recruiting operatives to bring down their fiercest opponents. There is no low to which they will not stoop. Every member of the group is willing to sacrifice himself for another. They bath in ponds where they shave their armpit hair (women included). They live in Benji’s self fire-ravaged house. The entire group is dynamic and convincing. So convincing in fact, that I found myself siding with their perspective which is completely contrary to all logic as well as to my political beliefs.

With sensational performances from  Alexander Skarsgård and Brit Marling, it is no wonder that The East is one of the most intriguing and revealing espionage thrillers of the year. If ever a rebel with a legitimate cause were justified in receiving their comeuppance in an eye-for-an-eye manner, it is The East. Marling really makes us believe that she is swayed by their roguish morality and Skarsgård has audiences believing that he cares for her beyond his obvious motives. So much is obvious and yet is it all surrounded in mystery. What a film!

Watch the trailer for The East here.