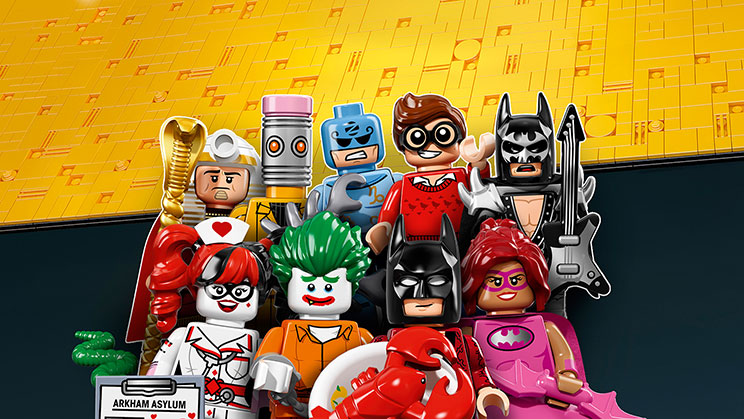 The Lego Batman Movie is a movie of “almosts.” Almost hilarious…Almost clever…Almost nostalgic…Almost compelling, almost viewable in one sitting. In the words of a famous movie line, the origin of which is a mystery to my bewildered brain at this moment, “almost isn’t good enough.” No, I am not thinking of Master Yoda, and no, the classic line is not derivative of Yoda. The origin is far more mysterious. I must be in dire need of Bat ginseng pills. Na na na na na na na na na SPELLCHECK.

The Lego Batman Movie channels decades of Batman shows, cartoons, movies, reboots, remakes, and reimaginings. It shows fans that Batman the character is alive and kicking in each and every generation ad nauseam. For some reason, movie fans accept pitiful iterations of a classic premise with jubilance and glee. This is why The Lego Batman Movie is almost funny. Will Arnett’s grindingly guttural “I’m Batman” rendition is almost fall out of one’s seat hilarious, only it isn’t. His vocalizations of comedy are a stone’s throw away from being meaningful or memorable because the Batman franchise has become a joke, and no I am not a joker.

To make matters worse, while Arnett is saving this putrid reminder of the once and former king (Batman before Ben Affleck’s self-indulgent ruination of the character, cue the nineteenth and a half reboot), we are forced to listen to Michael Cera cause Robin to be weasely and whiny, while Zach Galifianakis (yes, for the last time, I SPELLED his name correctly!) makes the Joker look like a woosy (see Fast Time at Ridgemont High for the definition). In fact, The Lego Batman Movie is saved by scattered sightings of comedy such as the bachelorhood of Cruce Waynce since circa 1960.

The lesson we should derive from The Lego Batman Movie is that certain characters are indelibly seared/etched into our collective minds, that almost nothing can forever ruin their greatness, not even Ben Affleck being in love with himself. Ultimately, The Lego Batman Movie makes fun of the history of Batman while pointing out a glaring and unfortunate truth, Batman has been done ALMOST to death.