Thor 2: The Dark World Get Darker 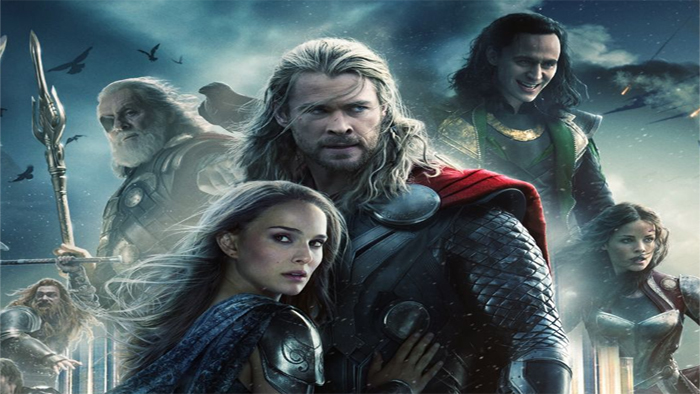 Thor 2: The Dark World Get Darker

Thor 2: The Dark World is a real head-scratcher. Despite being lumped into the grand scheme of a slew of Marvel’s launching of multiple super hero franchises, not to mention their monolithic Avengers series, I expected more from the movie. Perhaps it is my revulsion over the concept of demonizing the genius and extolling the virtues of the brute, but more like it is the Thor 2: The Dark World’s excessive use of contrivances.

Really? Really? REALLY? Thor and his girlfriend have been two years removed from their relationship and suddenly a random teleportation rift brings them together to say hi? No steamy romance? No hugs and kisses? Just a barbarian king in the making and an ordinary physicist whose brains vanish in the presence of said Conan the Barbarian space-age rip-off? Let’s not forget the movie’s reliance on laser beams from Star Wars and cloaking devices brought to you by your local neighborhood KLINGON! On Asgard there are force fields, Sith swords, and a dandy array of misfiring Palpatinean Empire gunnery.

Plot of Thor: The Dark World

Am I forgetting something? Oh yes…the plot. On top of the heinously obvious CGI intrusions into what is supposed to be a storyline, Thor 2: The Dark World serves up a middling movie that literally goes nowhere. Spoiler alert: two people that matter die and one is not dead though he died. Otherwise Loki is still a creep, Thor is still a hero, and his hammer is capable of maneuvering itself through galaxies and portals in a nick of time to return to its smash melee owner. Somebody hurry and find my regurgitation bag.

How Much Did it Cost to Make Thor 2?

Full disclosure time: I want to love not like the Thor series. I enjoyed the premiere film. Perhaps my expectations of a movie with nine realms and a place called the “Dark World” that is rarely if ever totally dark were too high. I mean who in their right mind expects a movie that cost $170,000,000 to be any good anyway? Thor 2: The Dark World, turn out the lights and make a wish…I wish for a better movie next time. It would be all but impossible not to grant that wish.