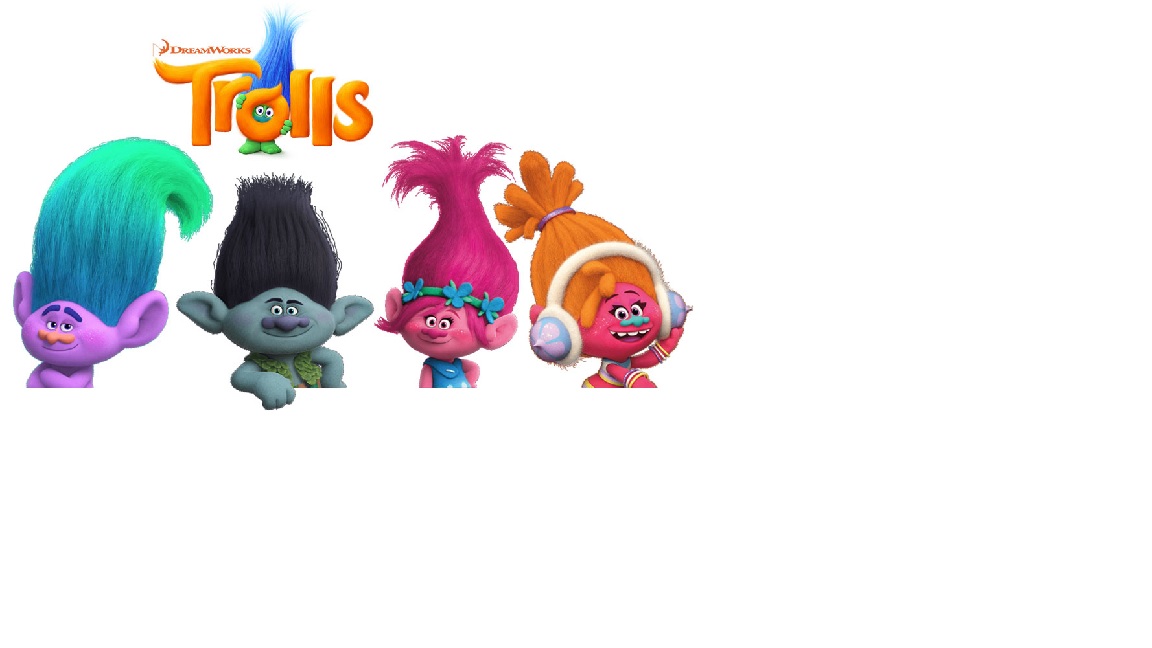 Trolls is a fantastic movie with a slow beginning and a steamroller of an ending. Vocal talents include the likes of Anna Kendrick, (Pitch Perfect), Zooey Deschanel (Hitchhiker’s Guide to the Galaxy), Justin Timberlake (Nsync), Jeffrey Tambor (comedian), Christopher Mintz-Plasse (Superbad), Late Late Show host James Corden, No Doubt Gwen Stefani, and Kunal Nayyar (Big Bang Theory). Oops, I left out Russell Brand, can’t imagine why. Time for the introduction of just who the heck the Trolls are. We know the Smurfs, the Turtles, the Transformers, the Joes, and the Holograms, but do we really know the movie Trolls?

For a few minutes in preparation for the show, I researched if Trolls is a movie about the eighties Trolls, monstrous trolls, or trolls from Frozen. The former, not the two latter choices. Trolls are lovely little creatures with pure hearts and magical talents. For instance, Trolls fart Skittles, belch glitter, excrete (crap out) cupcakes, and exude rainbows. Pretty hard to top the excrescence of delights a la the Aurora Borealis. Are the Trolls powerful in any particular way? Their mannerisms are quite appealing, and their degree of sensitivity and soulfulness make for charming approaches to social interactions. But, to answer the original question, no, they are sorely lacking in physical strength and vigor. This makes their pure-hearted kindness, bestowed on everyone they meet, hugs and kisses for all, that much more important when they face their natural predators, the Bergens.

The Bergens have cultivated a sense of hysteria at the disappearance of their food supply, the Trolls. According to Bergen legend, true happiness is unattainable without first eating a delicious Troll. That is right, Trolls are succulent little morsels guaranteed to gobble up an appetite. Fear not though. After years of being sweet, to some Bergens, the very thought of masticating a Troll is quite sour.

Ultimately, Trolls is a 3D movie that can capture the attention of youngsters for a full two hours. Granted, popcorn and a cherry slushie wouldn’t hurt, but the movie itself is consistently entertaining. The Trolls are generally always in danger and the Bergens are undergoing something of a transformative cultural renaissance. Who doesn’t love the idea of villainous creatures undergoing social reform that will lead to the abandonment of their pursuit of fine Troll meat? I highly recommend Trolls for all of you parents out there looking to find a way to spend a quality afternoon with your kids.