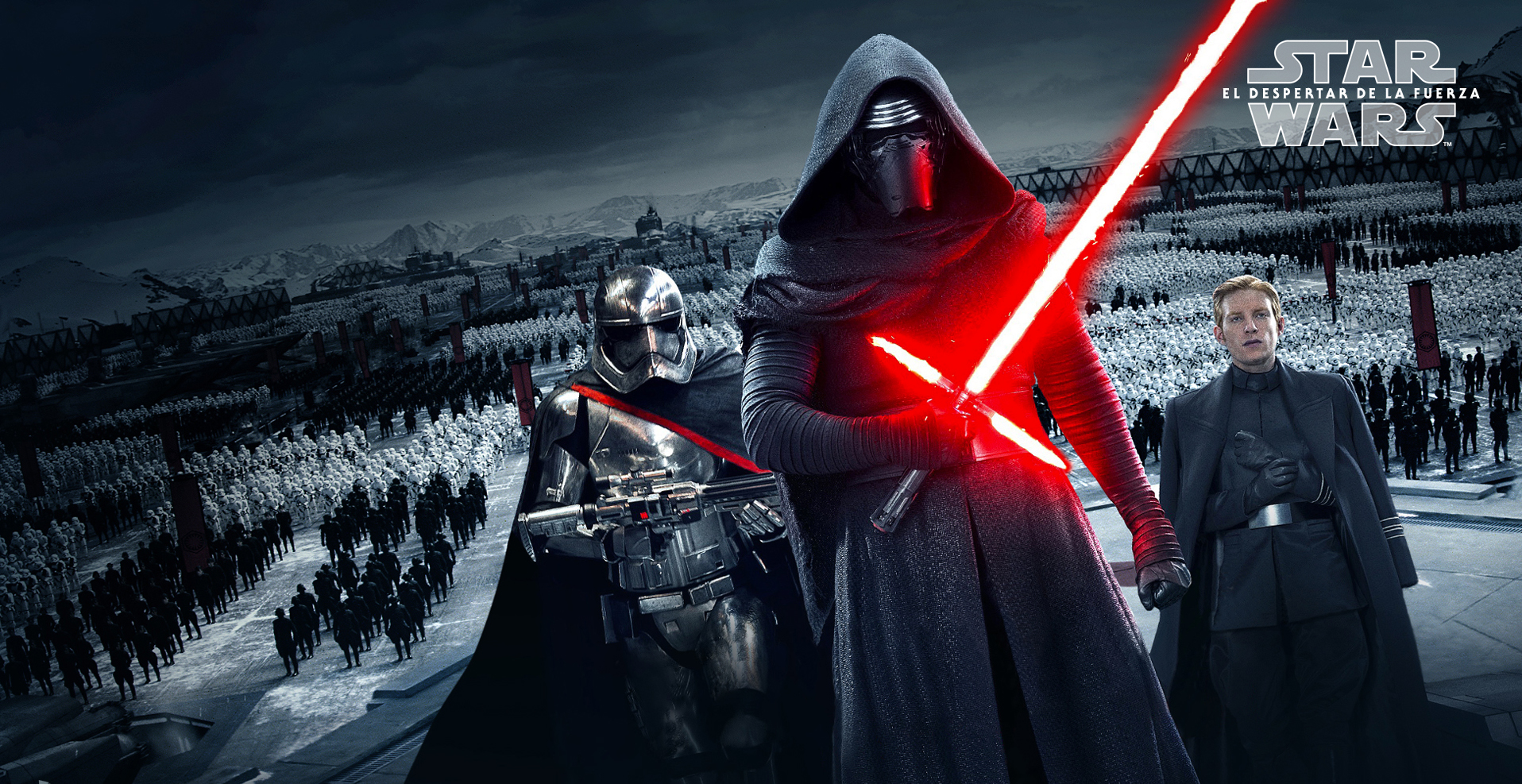 The world demands and needs more Star Wars episodes. I personally loved watching The Force Awakens. For me, it was the fondant icing on top of the 2015 movie cake. That does not however give J.J. Abrams and company blanket absolution for their science fiction misgivings. Here are five brief, albeit (ideally) poignant and ratiocinative observations about the flaws in Star Wars: The Force Awakens.

1. Adam Driver as Kylo Ren is a poor choice and an awful casting decision. He lacks anything even approaching a villainous aura and has less charisma than Hayden Christensen did as Anakin Skywalker metamorphosing into Darth Vader. When one thinks of tough, rugged, cutthroat and inimical, does Adam Driver really spring to mind?

2. Following my comments from section one, as a burgeoning Sith apprentice (or something approximating a Sith apprentice, the director has yet to fully commit), Kylo Ren is surprisingly weak, untrained, and lacks most abilities inherent to dark side of the force users.

3. The flipside of the coin is that perhaps the problem is that J.J. Abrams and his entourage have granted Finn (John Boyega) and Rey (Daisy Ridley) too much power for upstart force users. Really, two people that have never even seen a lightsaber can contend in a duel to the death with a Sith and manage better than a stalemate? Such an outcome flies in the face of what I have learned from reading over fifty Star Wars novels. This turn of events would have been utterly absurd until recently.

4. Han Solo’s death was handled perfectly and Harrison Ford was given a beautifully nostalgic send off. So why is this in the loss column? Because Mark Hamill is his replacement? Once Solo dies, the focus is then on the search for old Skywalker who is more Obi Won Kenobi than Yoda. Seriously, Hamill has not done any outstanding film work that would allow him the same credibility as Harrison Ford with the exception of having been in the original trilogy. A poor trade off, even in our galaxy from far far away.

5. John Boyega’s transformation from Storm Trooper to do-gooding runaway is inexplicable. First, the Storm Troopers used to be clones. Now they are individuals, and one out of tens of thousands of born and bred murderers is all of a sudden virtuous despite spending his entire life since birth having been raised to be a trained killer and a follower to the death?

These may seem to be minor flaws in the grand scheme of things, but everything with Star Wars is so scrutinized that I imagine some will agree while most will attack me personally because of their impassioned fervor. Please feel free to comment but do your best to divorce your blind emotionality from the possible truth to my commentary. Also, keep in mind that The Force Awakens is my favorite movie of the year, Nevertheless, can anyone deny that this first of the third trilogy is not plagued (Plagueis) with abnormalities and missteps? Oh, and here’s hoping Palpatine/Sidious really is the new Sith lord. Out with the old and in with the…old. Star Wars: The Force Awakens.