Sholem Aleichem: Laughing in the Darkness 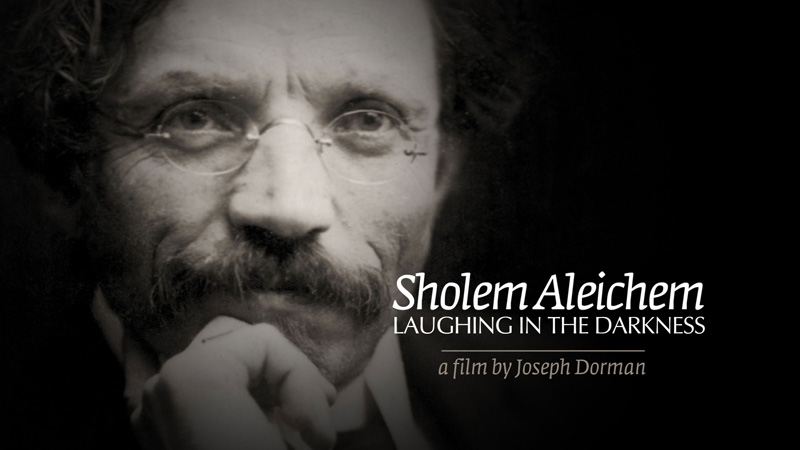 Sholem Aleichem: Laughing in the Darkness

Sholem Aleichem (born Solomon Rabinovitz) was the son of a merchant from a crammed, small, Jewish shtetl or settlement. There he enjoyed what one narrator labels an unparalleled “Jewish intimacy” during the mid to late nineteenth century. He became a humorist, satirist and a playwright (most recognizably his tales of Tevye ‘the Milkman’ that were later transformed into the epic musical “Fiddler on the Roof”). The narrator rightly illuminates the true historical genius of Aleichem in that he understood and perfectly characterized the shifting of the times for Jews living in the pale from all aspects (cultural, theologically, and economically).  The Jewish writer composed the majority of his masterworks in Yiddish despite having begun his career writing in both Russian and Hebrew prose. Sholem Aleichem: Laughing in the Darkness is a narrated biography/documentary on one of the finest Jewish writers that happens to be one of the most acclaimed authors of all time.

Sholem attended religious school during his youth where he learned to read and interpret the Torah. His small town lay within the demarcated lines of the Russian pale settlement, or designated territory for relatively impoverished Jewish settlers. The narrators argue that Sholem’s somewhat more privileged (relatively speaking) upbringing brought him great joy as a youth and considerable discomfort when his fortunes turned. Another commentator labels Yiddish a “portable homeland” which is an erudite remark about what it meant to be Jewish in an exclusively Semitic territory. Wielding a common language helped commerce, culture and fostered a sense of belonging. Unfortunately, chronologically near Sholem’s bar mitzvah, his parents became “déclassé” or reduced in stature on account of being cheated by criminal business associates. This represents a turning point in the young man’s life.

During this time period (the 1870s) the global industrial revolution impacted life in the traditional shtetl. The manufacturing age seemed to make parochial Jewish mercantilism obsolete overnight. Aleichem’s granddaughter quips that her grandfather had a sickness that could not be cured; he love to make people laugh. His literary career began by chronicling his step-mother’s curses in Yiddish. Could there have been a hint of satire? Of course, and from satire is born true wit and wisdom.

Near the age of seventeen, Sholem’s father decided to send him to secular school to learn about the evolving world outside of the Talmud. This education opened a brand new world inside of the budding author’s mind. His father dreamed his son would become an author. Afterward he moved to Kiev to interact with the Russian populace and to escape the financial confines of the shtetl. There he married, had children and inherited enough money to enter the realm of the bourgeoisie. The film is then moves considerably faster in detailing Sholem’s emergence as an author.

The narrators and scholars chosen to speak about Aleichem’s life are notable academics and relatives. They include Ruth Wisse, David Roskies, Alan Rosenberg, and more. Each speaker has such a sense of sentimentality and kinship with the author. They tell his story with such verve and passion that one cannot help but to be absorbed in their narrative. The pictures of Aleichem and his family tell the story alongside the narrators’ words of praise. It is as though they are blended into one brilliant account. Jewish people of all ages, from Hebrew school students to Hebrew high school kids, to Yeshiva students, to adults will all appreciate Sholem Aleichem: Laughing in the Darkness. It is a bittersweet story of Judaism’s most famous writer in full detail and with accurate context. The is not merely some mundane documentary, it is the story of a great man brought to life for everyone to understand and appreciate. This film should be part of every school’s curriculum.