Star Trek Beyond Lights Up the Cosmos 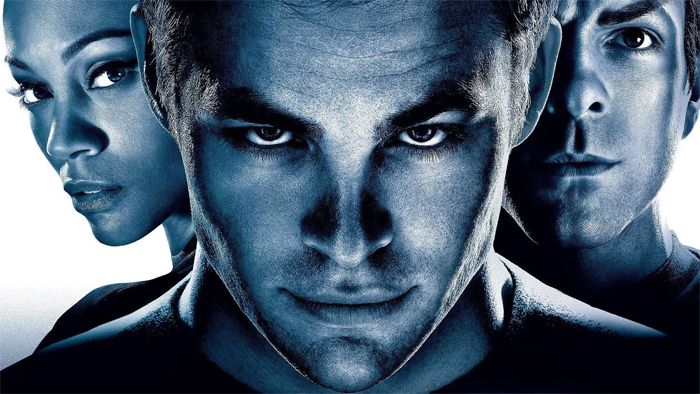 Star Trek Beyond Lights Up the Cosmos

Star Trek: Beyond goes way, way, way beyond being an ordinary movie. In fact, Star Trek: Beyond is the best of the new trilogy of Star Trek movies. The first new Star Trek movie glimpsed some emotionally compelling introductory moments. The second Star Trek installment saw the death of a fatherly figure and the trials of friendship between Kirk and Spock. Star Trek: Beyond, directed by Fast and Furious choreographic legend Justin Lin, offers a different flavor altogether.

Star Trek: Beyond is a thrilling, gripping, ne’er-a-dull pace action spectacular. The mood is dark, the lighting is John Snow buried under a pile of carcasses imaginative, and the actors are pushed to their limits. Star Trek: Beyond is really the opposite of its forbearer/predecessor. Rather than relying on a compelling storyline, and the charisma of the young actors to lighten our movie screen, Justin Lin shows is an away mission that more resembles some dystopian nightmare or bedtime horror story.

Star Trek: Beyond is not the last time we will see the recently deceased Anton Yelchin on a movie screen, but it is surely his final Star Trek voyage. Yelchin will be missed, which is why JJ Abrams has committed to not recasting for the role of Mr. Chekhov, though I happen to be of the school that less is less. Rather than having an “In Loving Memory” requiem of any kind, Yelchin is given a one line send off at the end of the rolling of the credits, and after the farewell to Leonard Nimoy. Nevertheless, I am not intimately connected to all of those involved so I should not speculate further as to why some may perceive Yelchin was given short-shrift.

Star Trek: Beyond is about a lost federation ship whose inhabitants and crew members have mutated and lived long beyond their earthly intended expiration date. They have vowed to lure the Enterprise into extreme danger with the intent of banishing the weak and cooperative Federation into cosmic oblivion. The newest Star Trek movie is also about the crew’s desire to remain in deep space, to continue their mission of exploration, and finally, about love in whatever form of friendship or lust it may take.

Star Trek: Beyond is the best of the new trilogy, though its concentration on an away mission leaves the actors and their desire to perform in a more meaningful way in the space dust of eternity (way too Trekky for you? Tough quantum torpedoes!